The Man Who Got Off the Ghost Train 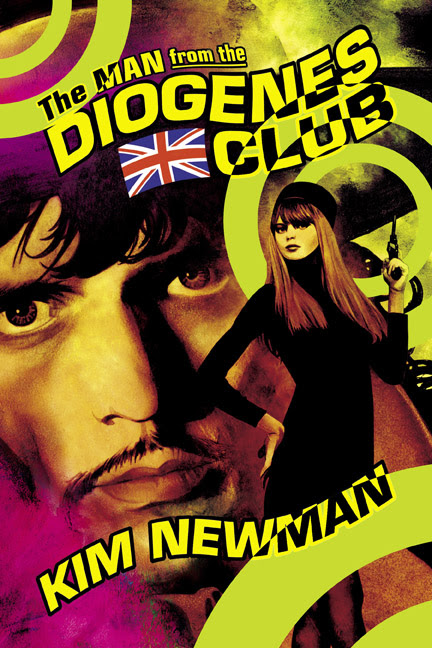 So by this point I was pretty well done with Newman and these stories. It's not that they are bad, per se, because they aren't. They are odd little (or long) pieces about supernatural mysteries and the Diogenes Club is a hidden branch of the British government sent to deal with the supernatural. Great concept and often great execution.

I should have just up and read Ghost Train first, got it out of the way, and then read the rest of the stories. I didn't, and even skipping Serial Murders I was mentally fried on Diogenes stories.

Did I have the chance to give Ghost Train a fair shake? Not really. But that's how it goes sometimes that what I just read influences my appreciate of what I'm reading next.


Three novellas down. Dark Harvest is still, by far, my favorite, but along with Ghost Train, I've only read Botch Town. Bleh.
Posted by Joe on Friday, September 07, 2007
Email ThisBlogThis!Share to TwitterShare to FacebookShare to Pinterest
Labels: Kim Newman, The Man Who Got Off the Ghost Train, World Fantasy Awards

Hey, I was just scrolling through and suddenly the name KIM NEWMAN caught my eye. Something clicked in my head. And, yes, turns out it's the same Kim Newman whose articles I used to read as a kid in Empire Magazine (best movie magazine of all time). Very funny guy. Used to make laugh like hell. I think it was he who did the article on the 20 Craziest Directors Of All Time. A compilation that still makes me cry with laughter every time I see it. Brought me my lifelong fascination with Werner Herzog.

Interesting. I knew he wrote some Dracula / vampire books, but that's about it.