The Lives of Tao, by Wesley Chu

Let's get something out of the way up front so that you don't have to read a single thing in any of the following paragraphs: The Lives of Tao is a no-shit flat out awesome book that I cannot recommend highly enough and it was an absolute blast to read.  It is funny, chock full of action, and just really damn good.  Go read it.  Buy a copy. Heck, buy two and throw one of them at a random stranger as they walk by. But read this.  You'll thank me. I don't know who this Wesley Chu person is, but he's written one hell of a book. 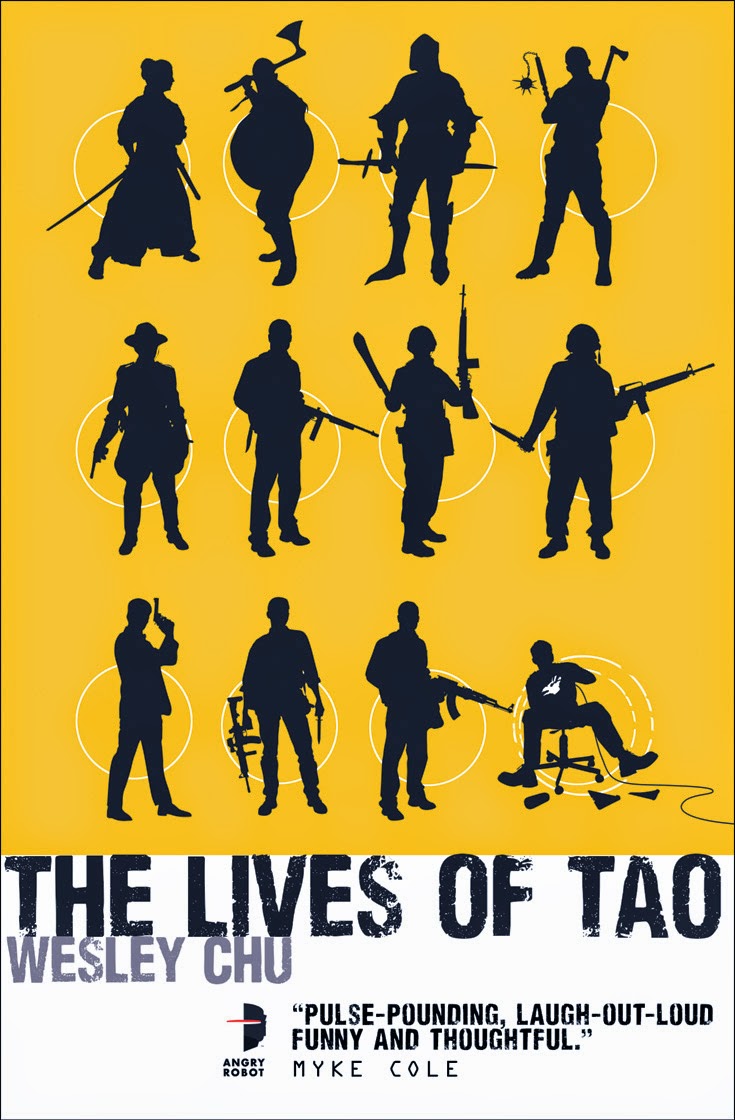 Now that we've gotten that little bit of gushing out of the way, let's actually talk about the book a little bit.  I've engaged in some hyperbole, but not quite as much as one might think.  Every few chapters, I excitedly told my wife about the book, quoted something that struck me just right, and then went right back to reading the book.

Imagine for a moment that millions upon millions of years ago an alien ship crashed on Earth, but the aliens were not able to survive on our world on their own. They had to, for lack of a better word, possess a host.  Consider it something of a symbiotic relationship.  Being otherwise incompatible with our planet, they have been guiding their hosts to eventually find a way to get them off planet.  Consider the most significant individuals in history.  Most of them have been a host for one of these aliens.  Over the last several hundred years, the aliens have been at war with each other, using humanity as the battle ground.  Think of a major conflict.  The aliens had something to do with instigating it, one way or another.

Concept is one thing, and while this is a fairly cool concept, it's the execution where Chu shines.

Roen is a programmer, an out of shape, unmotivated, self-loathing programmer.  Basically, he would be one of the worst imaginable options for a potential super-spy secret agent type person.  Unfortunately for Tao, the alien creature previously inhabiting a super-competent agent, Roen is the only option it has if it wants to survive after the death of its previous host.  This is nothing more than an accident of circumstance, but it brings Roen into a centuries long war and into a world he had no idea ever existed.

Through the conversations between Roen and Tao, Wesley Chu fleshes out the nature of this hidden world that we all live in.  All of history happened exactly the way it happened, it's just that nobody ever knew about what was really going on behind the scenes and inside the heads of some of the major players.  This is what Chu is playing with, and though the novel takes place in the present, there is enough of history presented to get a sense of just how big and significant this conflict is.  Because he knows nothing, Roen works as an initial stand in for the reader. Everything needs to be explained to him (and through him, to us), but it never comes across as excessive info-dumping. It is, of course, but it doesn't feel like it, which is important.  It feels organic.

The Lives of Tao is an exciting debut novel, one which offers so much promise for the future Tao novels (The Deaths of Tao and The Rebirths of Tao).  It is full of action, adventure, intrigue, conspiracy, and humor.  It's got everything I didn't know i was looking for in a book and The Lives of Tao was a complete revelation.  I expected none of this, but read it because Chu was nominated for the Campbell Award for Best New Writer.  Now I know why.  There may be better books out there, but I'm not sure there are many that are nearly this much to read.

As a side note, one can only imagine what the more conspiracy minded readers out there would do with the idea that there are alien hosts "possessing" various leaders and figures throughout history.