Ancillary Justice challenges me with every page. The society of the Radch does not recognize gender and the default pronoun used is "she", but when Breq is moving among other cultures, she struggles to pick up the physical clues and markers that would denote whether an individual is male or female.  It is acknowledged in the text, occasionally, when a she might be better described as a male, and some of Breq's pronoun struggles are a plot point, but overall, this is one of the ways in which I was challenged by Ancillary Justice. 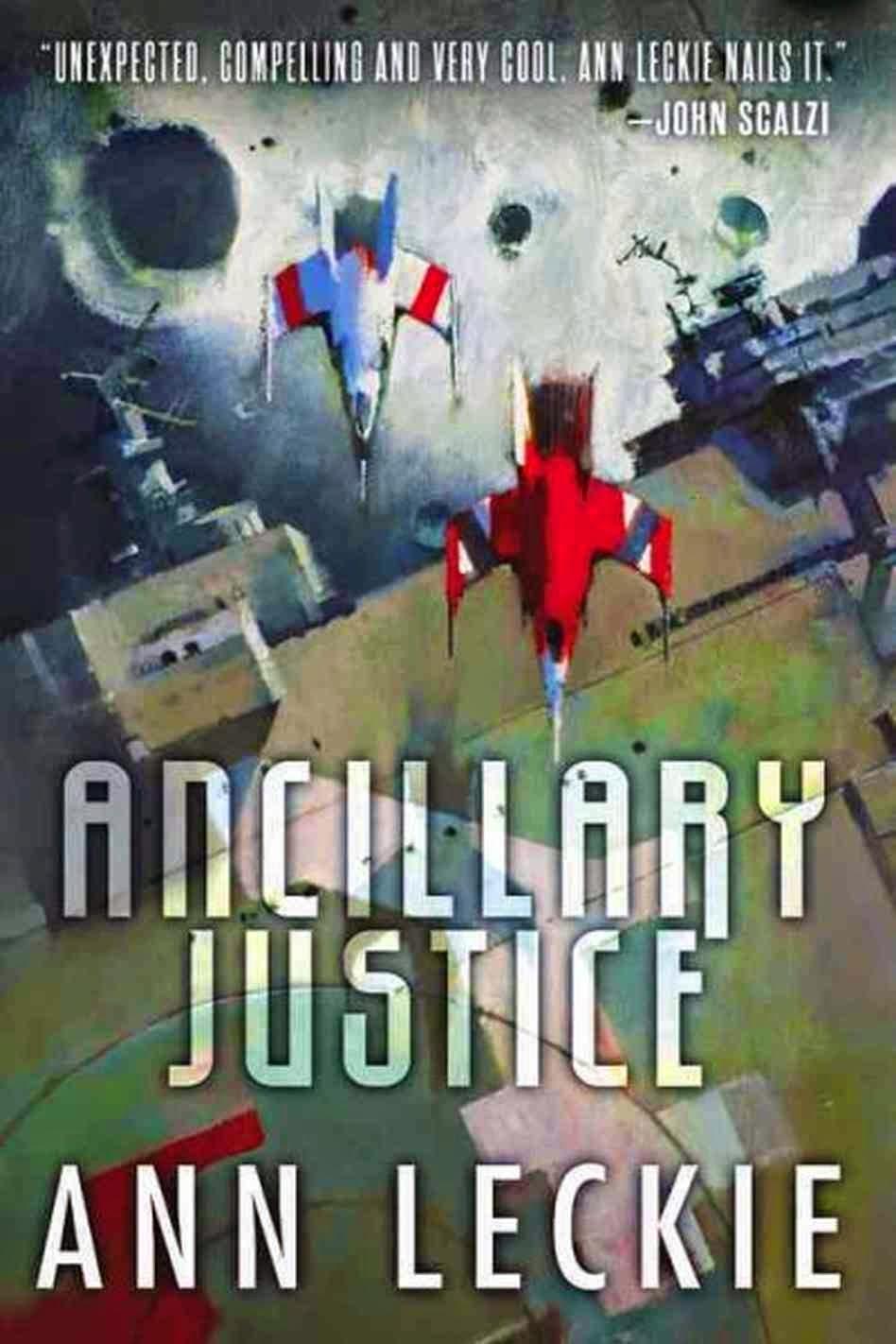 Whether or not it matters to the story if a character happens to be a male or happens to be a female, my mind works with pronouns and uses them to shape my perception of the character.  It is an identifying characteristic.  It seems important, but the deeper I read into Ancillary Justice, the less I was convinced of that importance. For a time, I tried to straighten out in my head whether a particular she was actually a male until it finally sunk in that the gender of the character does not matter.  At all. I'm not sure if this is Leckie's intent with how she constructed the novel, but I have to believe that it is.  This is less of a question about how an individual perceives him or herself, and more about how, in this society and culture, it doesn't matter if a particular individual doing a particular job is male or female.  Most are referred to as either "citizen" or by rank if a member of the military.

This is one of the main things that I was processing as I read through Ancillary Justice, though the novel isn't a didactic track on gender or gender relations.  It's a facet of a very rich novel that I kept bumping up against and needed to work through how i perceived characters and gender.  In the end, I went with the easier out and assumed that most characters were, in fact, female based on the pronoun being used.  Unsurprisingly, little changed.

By the point that I finally found myself reading Ancillary Justice it had won the Arthur C. Clarke Award, the Nebula Award, the British Science Fiction Association Award, was on the shortlist for the Philip K. Dick Award, is on the Tiptree Award Honor List, and has been nominated for a Hugo Award for Best Novel.  I am probably forgetting several dozen awards at this point.  It has been discussed and praised and has been on my radar for a seriously extended period of time.  All of which to say that Ancillary Justice carries with it a load of baggage and expectation which is entirely unfair to bring to an initial reading of a novel.  How can it possibly live up to all of the hype and expectation that is damn near crushing and is certainly intimidating?

Ancillary Justice is thoughtful science fiction, touching on concepts of imperialism, identity, alienation, colonization, annexation, social politics, and class politics.  Breq is an "ancillary", which means that she is an individual which is also part of a group artificial intelligence (sort of), so depending on where in the book's timeline we are at, Breq is a distinct individual that passes as mostly human, one of a group of twenty or so individuals sharing a consciousness but doing different tasks and is known as One Esk, or is the full ship the Justice of Toren and thus one of hundreds of minds.  This is a complicated idea to get across in the novel, but Leckie does it with a disguised ease, which is to say that she made the difficult look easy.

For most of the novel, Leckie alternates chapters with Breq twenty years in the past and Breq in the present. This allows narrative tension in the "present" chapters with what Breq is not telling Seivarden, but this rings true.  It feels like the correct way to tell the story, working with the dual paths of past and present and how the one very much informs the other.  We know something bad and wrong occurred to separate Breq from the other ancillaries and his role as part of Justice of Toren.  We know something was lost.  We don't know how or why, and part of that is what builds to the ultimate conflict of the novel.  It isn't a twist and it isn't a "surprise", but it is shocking all the same.  But, it is shocking in a way that feels authentic.

The amazing thing about Ancillary Justice is despite being nothing like I would have imagined the novel to be, Ancillary Justice is a stunningly good work of fiction that continues to impress as I attempt to think my way through the novel and this review.  I don't know if Ancillary Justice breaks new ground in science fiction.  A number of reviews I have read suggest that it does not, that Ursula LeGuin was doing similar things with gender some forty years ago and she may not have been the first then either.  The thing is, Ancillary Justice is still a vital part of the science fiction conversation today.  Some may find that regressive, that we haven't advanced past stuff being discussed forty years ago, but it is also part of the social landscape of today. These are conversations still happening right now and Ancillary Justice reflects what is going on today.  It happens to do so in a beautiful science fiction novel which is more than worthy of the various awards it has already been nominated for and won.

What I know is that somewhere around the two thirds point in the novel, I was already looking forward to reading Ancillary Sword and that I was both anxious to see how Leckie was going to resolve the conflict of the novel and sad that I was almost done.  I was hooked.
Posted by Joe on Thursday, June 26, 2014
Email ThisBlogThis!Share to TwitterShare to FacebookShare to Pinterest
Labels: Ann Leckie

Excellent review, Joe. For my read of the book, I struggled a lot more than you did and was unable to connect or enjoy the novel after the first quarter or so.

I can see that, but for me, that's more where I did start to pick up and engage more with the novel. I know Ken / Neth really didn't enjoy the book at all, either, so you're not at all alone.

I loved this book--found the pronoun choice delightful, if in a "wait the inside of my own head has assumptions I didn't realize" kind of way, and think Breq is female, or at least her perferred pronoun is "she" and "her" and it seems polite to stick to it.

Which is to say yes it has occurred to me I don't know Breq's gender but it didn't occur to me to assume her maie.