The End of the Star Wars Expanded Universe, the Beginning of the EU

Some interesting news came out on Friday, and for those who are and were fans of the Star Wars Expanded Universe, though it was not unexpected, it was also not entirely welcome.

While not perfect, and occasionally stretching the notion of having everything actually tie together, the various writers and editors working in the Star Wars Expanded Universe has done a very good job in having all of the fiction fit within the framework of the movies and build together to tell ongoing stories where events in a novel by one author would play off of those in a novel or comic written by a different author years prior.

With George Lucas having no stated intention to make additional Star Wars movies set after Return of the Jedi, the authors have been able to play and build and flesh out the the universe over decades, with the children of Han and Leia take major roles, having Luke marry and produce a son, with the death of a major character, and seeing the heroes of the original trilogy age and grow and (mostly) develop.  Readers had the chance to see what happened after the Emperor was defeated, and how a group of rebels could begin to build a Republic.  Truly beginning with Timothy Zahn's Heir to the Empire, the Expanded  Universe has grown to over one hundred novels and numerous comics and it has, as best as the authors and editors could do, been a reasonably coherent whole.

As the press release mentions,


While Lucasfilm always strived to keep the stories created for the EU consistent with our film and television content as well as internally consistent, Lucas always made it clear that he was not beholden to the EU. He set the films he created as the canon. This includes the six Star Wars episodes, and the many hours of content he developed and produced in Star Wars: The Clone Wars. These stories are the immovable objects of Star Wars history, the characters and events to which all other tales must align.


This could be seen with the Prequel trilogy.  Writers had been instructed to stay away from the time of the Clone Wars because there was still the potential for Lucas to make those movies, and he did.  Where the books contradicted the films, the movies won and those books had to be ret-conned to explain the differences.


In order to give maximum creative freedom to the filmmakers and also preserve an element of surprise and discovery for the audience, Star Wars Episodes VII-IX will not tell the same story told in the post-Return of the Jedi Expanded Universe. While the universe that readers knew is changing, it is not being discarded. Creators of new Star Wars entertainment have full access to the rich content of the Expanded Universe. For example, elements of the EU are included in Star Wars Rebels. The Inquisitor, the Imperial Security Bureau, and Sienar Fleet Systems are story elements in the new animated series, and all these ideas find their origins in roleplaying game material published in the 1980s. 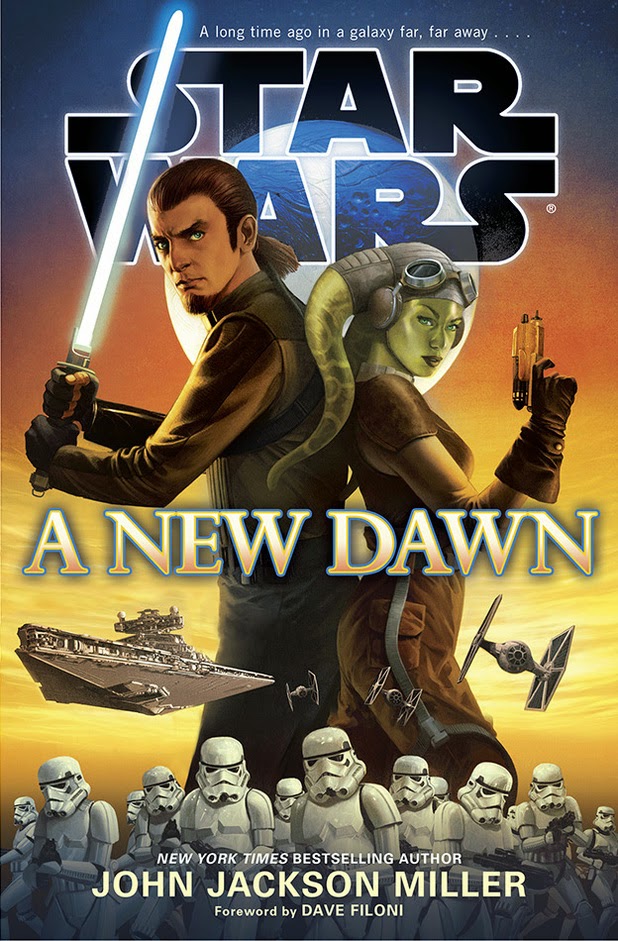 Up until Friday, all of those books set after Return of the Jedi were part of the official canon of Star Wars.  They happened, and they counted.  They were considered a B-Level canon, in that Lucas could (and would) change anything that happened in those books in the movies.  The movies were always the official A-Level canon of Star Wars, and later the Clone Wars Animated Series.

Given how popular the Star Wars Expanded Universe is, the books will still exist and will continue to be published.  They will just be published with a "Legends" banner, denoting that they are not the "real" Star Wars.

What this means for the novels and comics that were set before Return of the Jedi is unknown, except that since Star Wars Rebels will air in the coming years as a follow up animated series to the Clone Wars cartoons, Rebels may also push other, pre-ROTJ under the Legends banner.  My guess is that any and all Star Wars content created before Friday will be Legends.

The real question that I have is whether there will be new books published under the Legends banner, continuing the ongoing stories and the EU that readers have been enjoying for more than two decades. It would now be as an Alternate Universe, sort of like the occasional Infinities told one-off alternate universe stories that didn't actually count.  While it makes sense for Lucasfilm and Del Rey to focus on the new EU, there are a lot of readers out there who would very much like to continue with the particular storylines they have grown up with.

Time will tell.
Posted by Joe on Tuesday, April 29, 2014
Email ThisBlogThis!Share to TwitterShare to FacebookShare to Pinterest
Labels: Star Wars