Nebula Award Nominee: We Are All Completely Beside Ourselves

We Are All Completely Beside Ourselves
Karen Joy Fowler
Marian Wood: 2013
Nominated for the Nebula Award: Novel

In her review of the novel in the New York Times, Barbara Kingsolver wrote, "To experience this novel exactly as the author intended, a reader should avoid the flap copy and everything else written about it. Including this review." It is fair warning, though, because the narrator of the story, Rosemary Cooke, is intentionally holding back a significant piece of information until midway through the novel in order to build up the reader's expectations and image of what is going on before gently subverting it. That reveal is important, and as Rosemary suggests, understanding that what the reader knows will shape how certain facts are viewed, the reader would not accept certain truths the way that she sees them if they were presented in a straightforward manner. 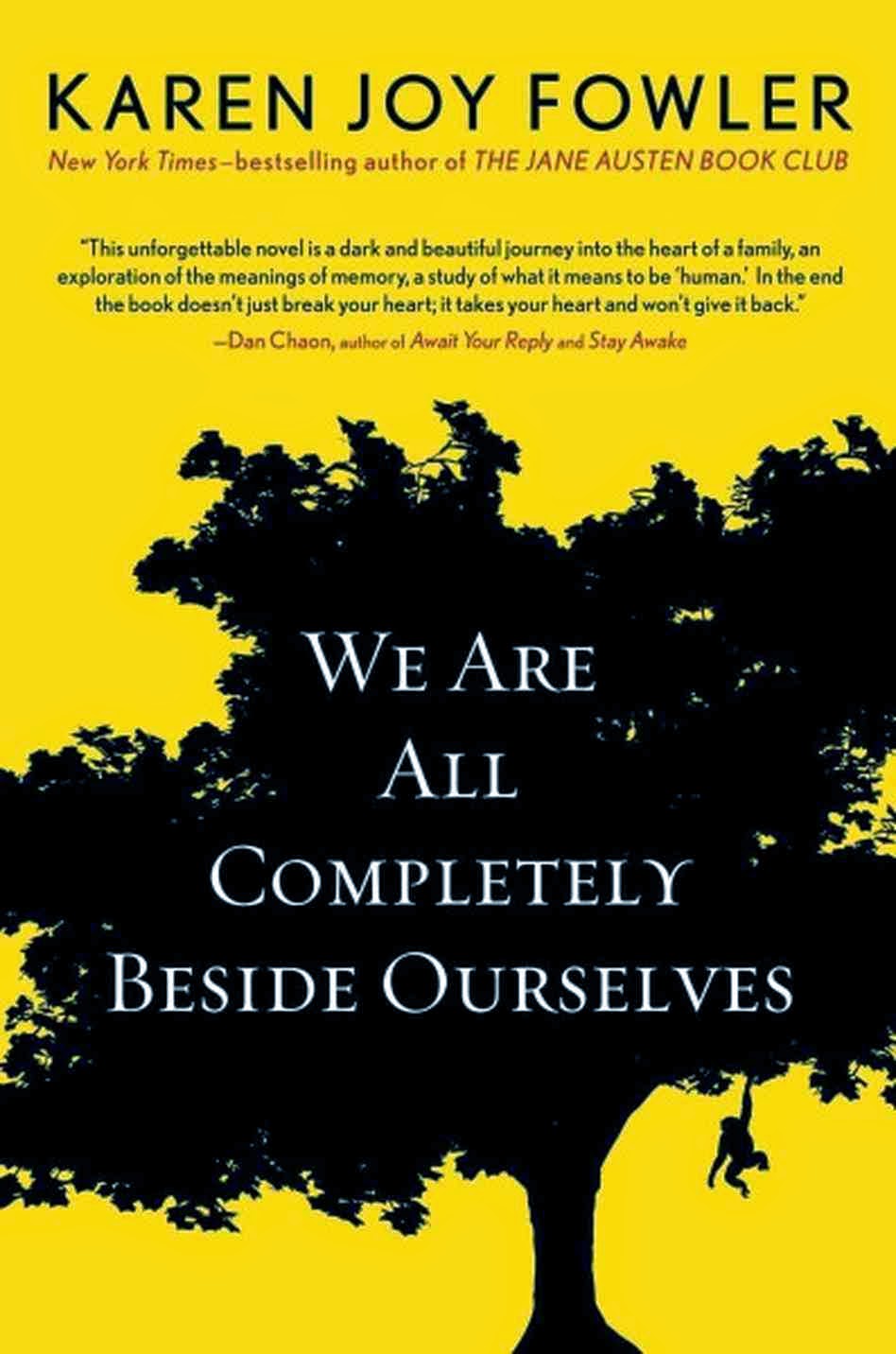 If all of that sounds intentionally vague, it is.  The difficulty in talking about We Are All Completely Beside Ourselves lies in the nature of that very secret. If, like most other reviews written about the book in newspapers, the reviewer chooses to reveal that secret, writing about the book becomes easier but the reader loses the ability to discover that secret and, as Kingsolver wrote in her review before doing exactly that, "to experience the novel exactly as the author intended."  However, this is not a "spoiler" that is revealed in the first two chapters of the book, which I believe are fair game, because those early events are things on which entire novels are predicated.  This novel has something which the narrator (and the author) has chosen to hide, in order to alter the reading experience.

This is a lot of time spent talking around something that I have no plans to reveal within the bounds of this review.

We Are All Completely Beside Ourselves is Rosemary Cooke's story, and narrating from the present day, she jumps back and forth in time to tell it, alternating between her childhood, school years, and college years.  The childhood and college years are the most important here and, as such, get the most time.  In her freshman year of college, Rosemary realizes that she has had the weirdest family, but unlike those potential new friends, she is reluctant to talk about it so she can escape so much of the stigma she dealt with growing up.

Her family: scientist parents, a brother who ran away and is wanted by the FBI, and a sister who disappeared. And Rosemary herself.

How Karen Joy Fowler tells this story through the eyes of Rosemary is nothing short of masterful.  The reveals change how we read the novel and the construction of how Fowler builds the story is wonderful.  Rosemary is a narrator with a specific point of view, and as we get closer to the end, we see that she also has an agenda and it is tied into the larger central secret of the novel. Of course, everything is. It permeates the novel.

This is a novel about memory and family, and yes about the secrets that people keep, even from themselves.  It is quietly beautiful and sad.  Fowler challenges the expectations of readers, both in what they think about the novel but also what they think about in general.  It is quite a challenge.
Posted by Joe on Monday, April 28, 2014
Email ThisBlogThis!Share to TwitterShare to FacebookShare to Pinterest
Labels: Karen Joy Fowler, Nebula Awards