Nebula Award Nominee: The Ocean at the End of the Lane, by Neil Gaiman

The Ocean at the End of the Lane
Neil Gaiman
William Morrow: 2013
Nominated for the Nebula Award: Novel

An older man returns to his childhood home for a funeral, goes off for a walk, and in visiting the family of his friend, remembers a significant period of time from his childhood that he had long forgotten.  If that sounds overly prosaic, trust me, it is not.  The Ocean at the End of the Lane is written with a very reflective tone that grounds the story in a very real and "normal" life of a seven year old boy who did not have many friends but always surrounded himself in books.  This may be the childhood of many an adult who will nod knowingly at just that. It is a common enough story, and from that perspective, it is similar to Jo Walton's stunningly good Among Others. 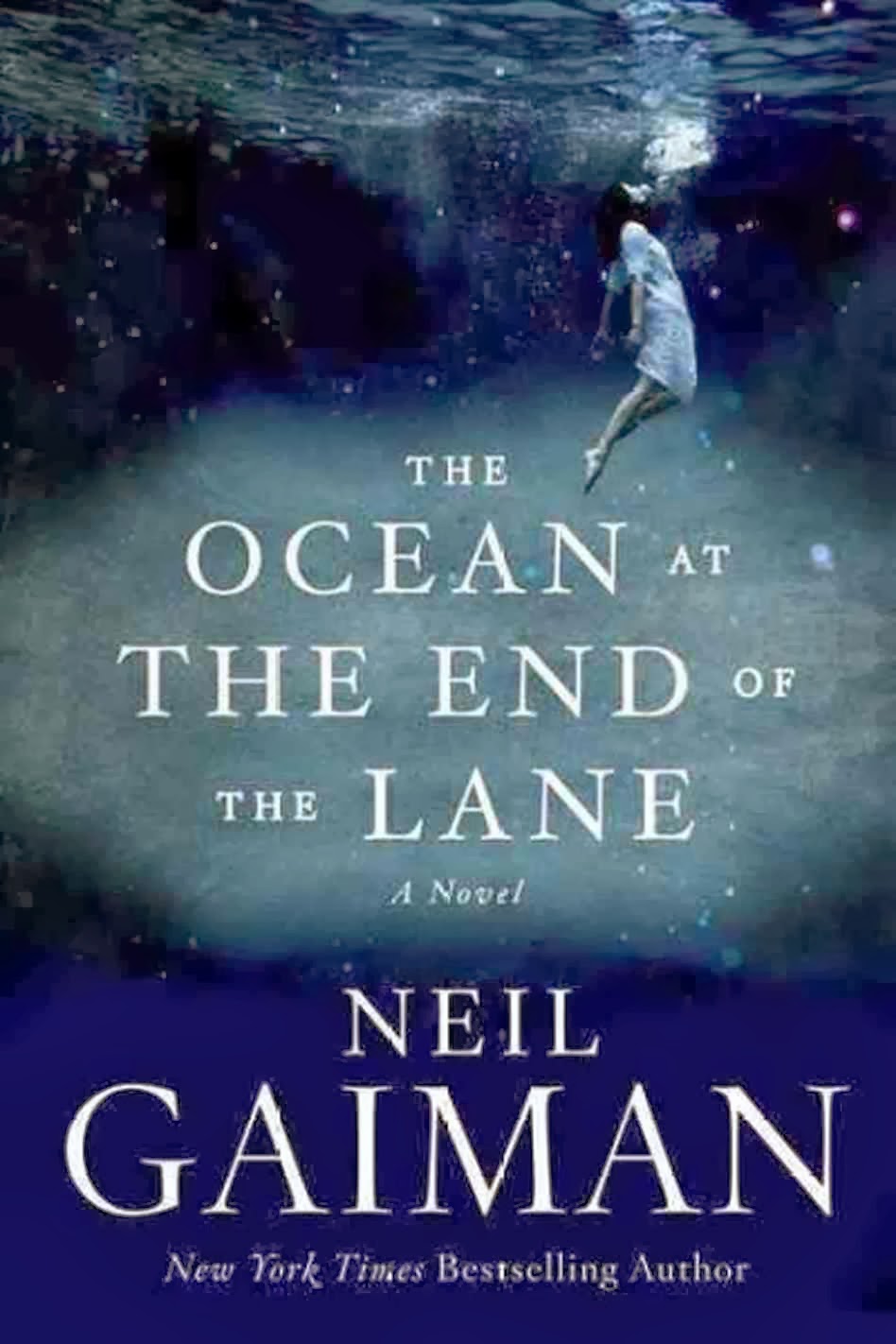 And where there is a quiet supernatural element in Among Others, the supernatural in The Ocean at the End of the Lane seems to begin small with tiny steps so as to not overwhelm either the reader or the unnamed protagonist, it builds.  From people seemingly being given money in ways that don't make sense to what feels like a true version of how faerie might work to something that becomes bigger and more evil and more menacing than readers would expect from how simply The Ocean at the End of the Lane begins.

At its best, The Ocean at the End of the Lane is simply and scary, where strangers and nannies are a source of fear and where marital discord can seem a part of something bigger and worse.  But then, that's part of what makes this such a wonderful novel.  Is this an older man looking back at his childhood, remembering for a brief moment in full detail the hopes and fears of his seven year old self exactly how they happened?

Or, are those childhood events part of the imagination of a young boy who isn't able to process and understand why his life is suddenly so topsy turvy and difficult?  The more I think about it, the more I wonder if this isn't something akin to what Joe Kelly did in his graphic novel I Kill Giants, which, like the Gaiman novel, has a young protagonist dealing with some serious real life issues but is fighting those issues in a very serious fantasy manner.  Which, if that is Gaiman's intent, suggests that The Ocean at the End of the Lane is exactly as masterful as I am coming to think it is.

The farther I step away from having finished the book, the more impressed with I am.  This is a novel where reader interaction is absolutely vital, because the reader is filling in the white spaces between the words and pages where imagination can take over.  The novel on its own is excellent.  The novel with the reader picking up another way to read what story is being told is sublime.  Whether or not this was Gaiman's intent, the novel works on either level (as a straight up telling of a story, or as a childhood fantasy dealing with deeper family issues).  Highly recommend.