Memories of the Four Lands 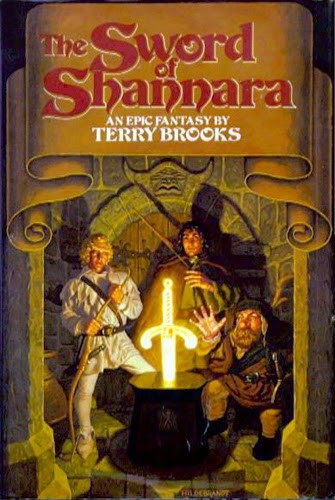 I grew up in a small town with a small public library.  It has since undergone a remodel, but I can clearly picture how the library was laid out when I first discovered it and where I spent so much time browsing its limited shelves. At the time, though, the library was big because I was small.  I was in eighth grade and randomly choosing what to read next.  I know the librarian was formative in introducing me to a handful of fantasy authors, but the memory I have right now is of browsing the shelves and finding a small hardcover of The Sword of Shannara.  It was casebound (the art was printed and laminated to the cover, so there was no dust jacket), though I didn't know what that was at the time.  It was different, and I was entranced by the glowing sword and the closed door looming behind those awkward characters.  I wanted to know more, so I borrowed the book and started reading. 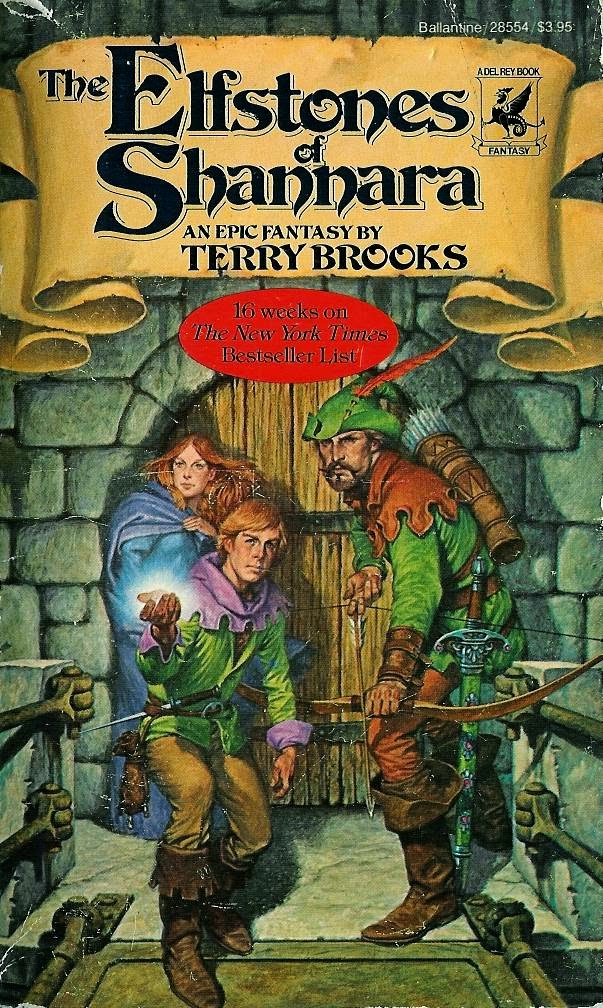 Oh, the story of Wil Ohmsford and Amberle Elessedil.  Stee Jans.  The seige.  If I was ever to re-read the Shannara novels, I might skip over the first book and go right to Elfstones. Elfstones of Shannara is the novel with which Terry Brooks showed the most growth and development as a writer and and storyteller.  It also is where Brooks hooked me for the next twenty years, even when later novels did not hold up to the level of quality I expected from Elfstones through his Heritage of Shannara series and the Word / Void novels.

Like many others, Elfstones was a novel of great adventure, but unlike a number of the fantasy novels I was reading at the time, it was also a novel of great loss and sacrifice.  While this is something that is reasonably common for those who have read widely, it was a new thing for me and it sealed Elfstones as a novel I would come back to, seek out, and recommend.

I have been reading the Shannara novels for a good twenty years or more, but it is the battles, last stands, and the Ellcrys that I remember so clearly.

I'm enjoying these posts, looking back at books from your early days reading fantasy. :-) You keep making me want to reread books from my past! I have some Audible credits; I may get the original trilogy (my audio backlog is huge, but...).

For me, Elfstones and Wishsong were both better than Sword. I only followed for a few books after that, though.

I think I have three or four more posts scheduled before I wrap this thing up, so I'm glad you're enjoying this.

I agree about Elfstones and Wishsong. If you wanted to, I'd recommend reading the next four book series (Heritage of Shannara, I believe) and then stop. The next four is a solid series.

Elfstones is the first and only one of the Shannara books I've ever read. I have fond memories, just never went back t it for some reason. Glad to hear it was the one to read!