coming soon to a home near me

To celebrate receiving my tax returns, I decided to treat myself to a little bit of frivolity: books!*

The Tempering of Men, by Sarah Monette and Elizabeth Bear: I highly recommend A Companion to Wolves and I’ve been looking forward to the follow up from the moment I turned the last page. 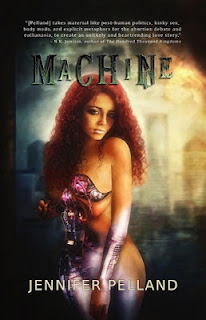 Death Draws Five, by John Jackson Miller: This is the long out of print Wild Cards novel which, I believe, only had some 600 copies out in the world before the publisher closed shop. Every now and then I ran some searches to see if a copy was available anywhere for $50 or less. The answer was always no, with some copies running well over $150. That’s a bit steep. But, as previously mentioned, Death Draws Five was reissued in a trade paperback format (with a trade paper price) and I finally pulled the trigger on it. Thus completes my collection of Wild Cards. I’ve got a full set. That said, if I happen to run across a copy of the novel at Uncle Hugo’s and it isn’t absurdly priced, I may still pick up the hardcover.

Machine, by Jennifer Pelland: I’ve been talking about her short stories for several years now and I’ve been anticipating Pelland’s debut novel since I first heard an inlking that it might one day happen. Now it has. I must read it.


*I also picked up Dragon Quest V for the DS and Modern Warfare 3 for the PS3. I’m still chipping my way through DQVI and I love the old school goodness that Dragon Quest offers me. I only need to pick up DQ II, III, IX and I’ll have everything that’s been released thus far. We won’t talk about the MMO aspects of the forthcoming DQ X. The only thing is that I keep getting distracted by Trauma Center: Under the Knife. Friggin awesome game, that one.


And MW3? Sometimes you just need to shoot some fools.
Posted by Joe on Monday, February 13, 2012
Email ThisBlogThis!Share to TwitterShare to FacebookShare to Pinterest

DQV is one of my favourite games ever. Great purchase.

I'm looking forward to it. After I get through DQVI and Trauma Center (and possibly the first Ace Attorney game) first.